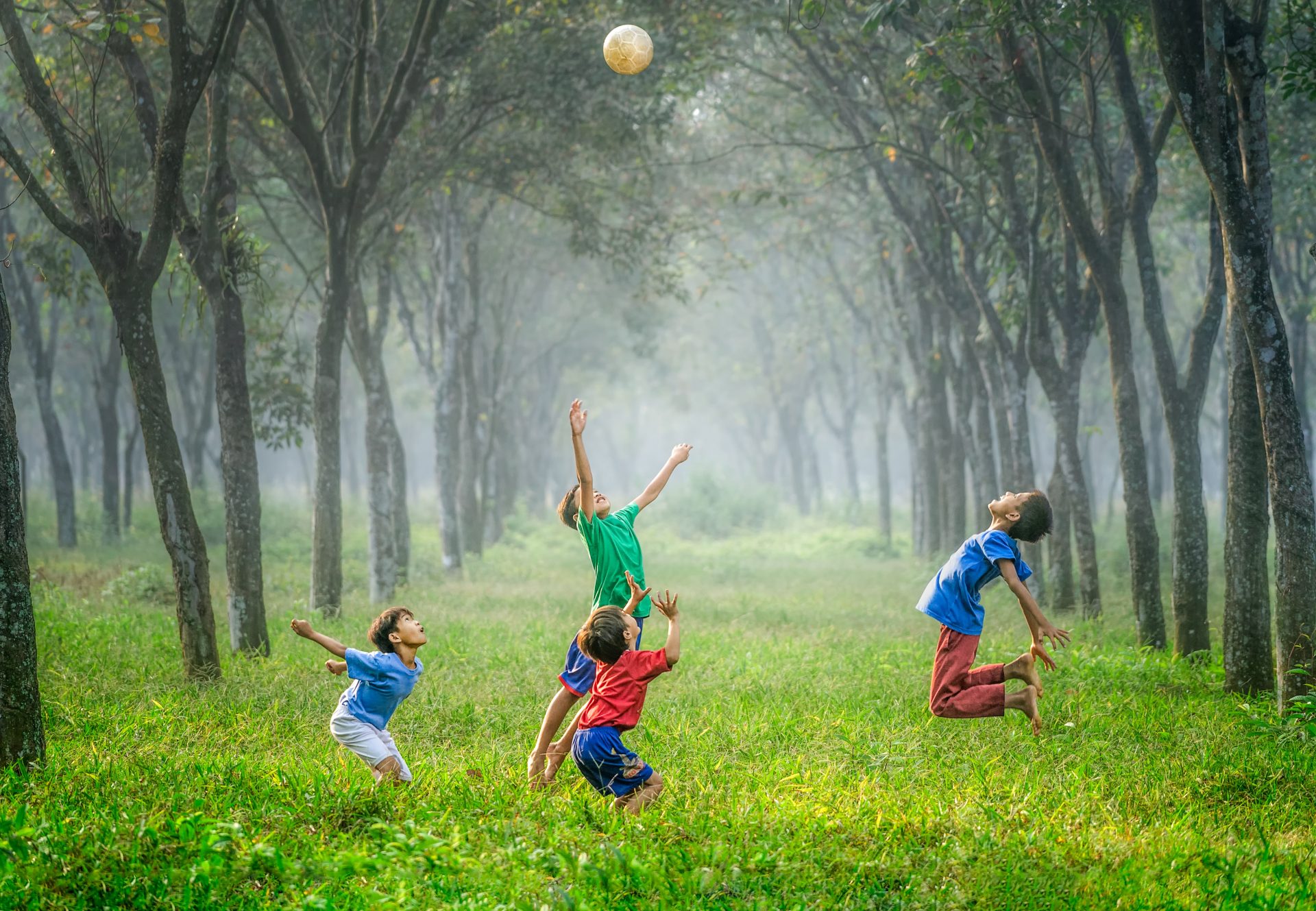 When we were children we loved to play. We would spend countless hours playing and playing. Time flew by and we lamented not being able to play longer. When we grew up we stoped playing so much. When we see adult people losing themselves in the joyous ecstasy of play we scoff and think grow up! How sad that we have come to a place where “being serious” is more valued than having fun and playing.

To imitate our Lord: You have heard that it was said, “playtime is over,” but I tell you “playtime has just begun.”

Proverbs 8 is a beautiful poem written from the perspective of wisdom personified (or Lady Wisdom). The second major half of the chapter (22-31) describes Lady Wisdom in her role from the beginning of creation. She was the first of Yahweh’s acts (22b) and saw the creation activity of Yahweh (25-29). Near the end of the section Lady Wisdom says the following:

then I was beside him, like a master worker;
and I was daily his delight,
rejoicing before him always,
rejoicing in his inhabited world
and delighting in the human race. (Prov. 8:30-31)

Note that 8:22-31 is a description of a child who goes from gestation (v. 23) to birth (v.24-25) and then in her early childhood plays (v. 30-31). Maybe we should call her Little Girl Wisdom rather than Lady Wisdom. This is a child playing before Yahweh as he creates and sustains the universe.

The word here “rejoicing” might better be rendered “playing.” This word is used of dancing and music (1 Sam. 18:7). This is the same word used to describe Yahweh playing with Leviathan (Ps. 104:26). The psalmist prays that Yahweh would “rejoice in his works” (104:31). Again, that same word. The Psalmist wants Yahweh to play in his works.

Don’t worry! Yahweh and Little Girl Wisdom do not get to have all the fun. We also get to play. Little Girl Wisdom delights with “the human race” (v. 31). We play in the inhabited world that God has made through wisdom. Maybe all the rest of Proverbs describes the life that plays through wisdom. If this is true, any mundane act has the potential for playfulness. Even studying God’s word is described as play (Ps. 119:92.)  Apparently, there is great wisdom in playing.

One scholar says this:

Without play, we are caught in a rut of work, perhaps endless and discouraging. In play we are refreshed and put in touch with the joyful and pleasurable. In play we celebrate the goodness of creation as Wisdom herself discovered it. With play, we find a new dimension to our lives and due to the efficaciousness God implanted in creation at the very first. (Matlack, 430).

Playtime is not a bad thing. Playtime is holy. God delights in playtime. God ordains playtime. God invites us to playtime because there is a wisdom in taking time to play. With Little Girl Wisdom we are invited to play before Yahweh in his inhabited world.

So get out your legos and build something crazy. Send funny cat videos to the grand children. Chase your spouse through the house and scream “Here comes the tickle monster!!” Life is too short to be too serious. To change the lyrics of a Passenger song: “Life’s for the playing, so play it, or you’re better off dead!”

You have heard that it was said, “playtime is over,” but I tell you, “playtime has just begun.”

Here is a link to some funny cat videos to get you started.

Here is a link to the Passenger song I change the lyrics to.

Here is a link to recommended resources if you want to study the Theology of Play further.

Pilgrimage Playlist – Part 1: You Are What You Listen To

Pilgrimage Playlist – Part 2: Every Step is an Arrival