When I was little one of my favorite movies was Enchanted. 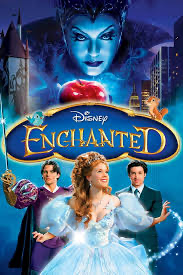 I have always been a sucker for a good romance story, but like everyone else what really moved me about this movie was the music, magic, and enchantment of it. Giselle lived in a truly enchanted world before moving to New York City – a place that can be utterly devoid of enchantment – but by the end of the film she has brought enchantment right into the middle of New York City. Cue the applause. Drop the curtain. Happily ever after… or is it?

Disney recently made a follow-up film, Disenchanted. It was not as good as the original, but overall I liked it. More than anything, I find if very telling that this movie is 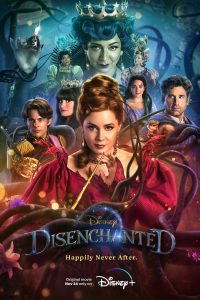 being released right now. It speaks to a cultural moment we are in – broadly and generally, but also specifically in faith communities. Discussion of “deconstruction” is everywhere now. There are many different Christian authors who have written on this topic from many angles. Some of these people have received quite the following. No doubt, because they are speaking to something that is true for so many people in the world.

Dr. Richard Beck, professor of psychology at Abilene Christian University and author of Hunting Magic Eels: Recovering an Enchanted Faith in a Skeptical Age calls this lack of enchantment that so many of us are feeling “the Ache.” And the paradoxical thing about this discussion, as Beck points out, is that the one of the best ways and first steps back towards an enchanted world is to explore the Ache. Hence, movies like Disenchanted are exploring that Ache that we feel.

I know it can be painful, but I would encourage you to explore the Ache. Do it so that you can move beyond it and into a world of re-enchantment. I’d encourage you to read Beck’s book if you’re a reader. If not, find a podcast where he was interviewed about it or check out the stuff on his blog about it. More than anything the journey begins with taking stock of where you are now. Here are some reflection questions you might find helpful as you begin to explore the Ache:

I posted recently about a schematic of deconstruction that I have found helpful (see here). My scheme is this: Simplicity before complexity and simplicity after complexity. In Disenchanted Giselle finds herself becoming disillusioned with her world and trying to hold desperately to a reality (enchantment) that no longer exists. She says at one point early on in the movie: “I never sing the right song anymore…” I feel like that sometimes. I bet you do too. Or maybe you feel more like Morgan who says at one point, “It’s all perfect so why aren’t I?” Who hasn’t felt that question on a base level who has lived and had their being in some strand of fundamentalism? I would reword it like this, “they have all the answers so why do I still have questions?” Again in Morgan’s words from the film, “maybe perfect isn’t perfect for me.”

Many who have begun a period of deconstruction find themselves thinking something like what Giselle said. The more Giselle holds onto the world of Enchantment the worse things get. She starts to become a wicked stepmother because she wants things to go back to “happily ever after,” or create a “new happily ever after.” Both of which are not options – at least not in the way she imagined it. Giselle is experiencing a period of deconstruction. Pip gets it right in the beginning of the film when he talks about “after happily ever after” (which I would compare to complexity). By the end of the film when everything wraps up with a nice big bow Giselle has arrived at what I am calling “after after happily ever after” (which I would compare to simplicity after complexity).

How does one arrive at after after happily ever after though? How does one move from deconstruction to reconstruction? How does one move from complexity to a simplicity after complexity? I think a series of motifs in the film can help us here. The newborn baby that Giselle and Robert is quite significant. The child’s name is Sophia. Anyone who knows a little bit of elementary Greek or appreciates the roots of words can hear in this name the Greek sophia that is, “wisdom” (like Philo-sophy, that is, “love of wisdom”). Disenchanted – and our comparable deconstructions – is really a wisdom story. Paired with this is the motif of the clock/bell tower. The clock/bell tower is what Giselle keeps looking at as she starts to become a wicked stepmother. I think the clock represents that time is passing for Giselle and Robert. They are “growing up” through the course of the film – they are getting older. But lest they completely forget the past all together, the memory tree is another important motif in the film. The memory tree ends up becoming the key to reversing the curse that was unleashed and the devolution into a wicked stepmother. At first, I thought this was a stupid solution to the problem. Why a memory tree? Wasn’t holding onto the past the problem and not the solution? But the more I thought about it the more I think I get what the meaning is there. The key with the memory tree is that you remember, but don’t hold on to the past. A tree is always the same tree, but grows and changes and morphs so that by the time it is fully mature you might not even recognize it anymore. So it is with maturing into wisdom and coming to a place of after after happily ever after.

All that to say, we can not forget our past as we move forward into the future. In fact, the only way to really move into the future is to remember the past well without holding onto it. We must remember where we have come from as we imagine where we are going. To get really specific about what this looks like for me: I am grateful for the Church I was raised in. They introduced me to Jesus and taught me to love him. They taught me songs and scriptures that still echo in my heart and soul to this day. But they also taught me a lot of stuff that was not healthy or life-bringing. They had a lot of unresolved fears and anxieties bound up in their Theology.

I recently heard Mallory Wyckofe say at a conference I was attending, we need to learn to love all the past versions of ourselves in order to move into who we are still becoming. I have said and done things that I regret. Rather than chide myself about those things though I need to look back at myself with love and realize that I was only doing what I knew to do at that time. I was probably trying to protect myself from the consequences of the crushing anxieties and fears that I caught from the faith environment I was raised in. I was still growing. I will probably look back at who I am now and say, “what the heck was I thinking?!?” But that’s ok. I’m doing the best I can with what I have. I choose to do then what I am choosing to do now: look back at myself with love and thank God that I am further down the road than I once was.

I hope I am moving into a simplicity after complexity – a season of after after happily ever after. I hope to get there soon because I am remembering where I’ve come from so I can imagine where I can go.