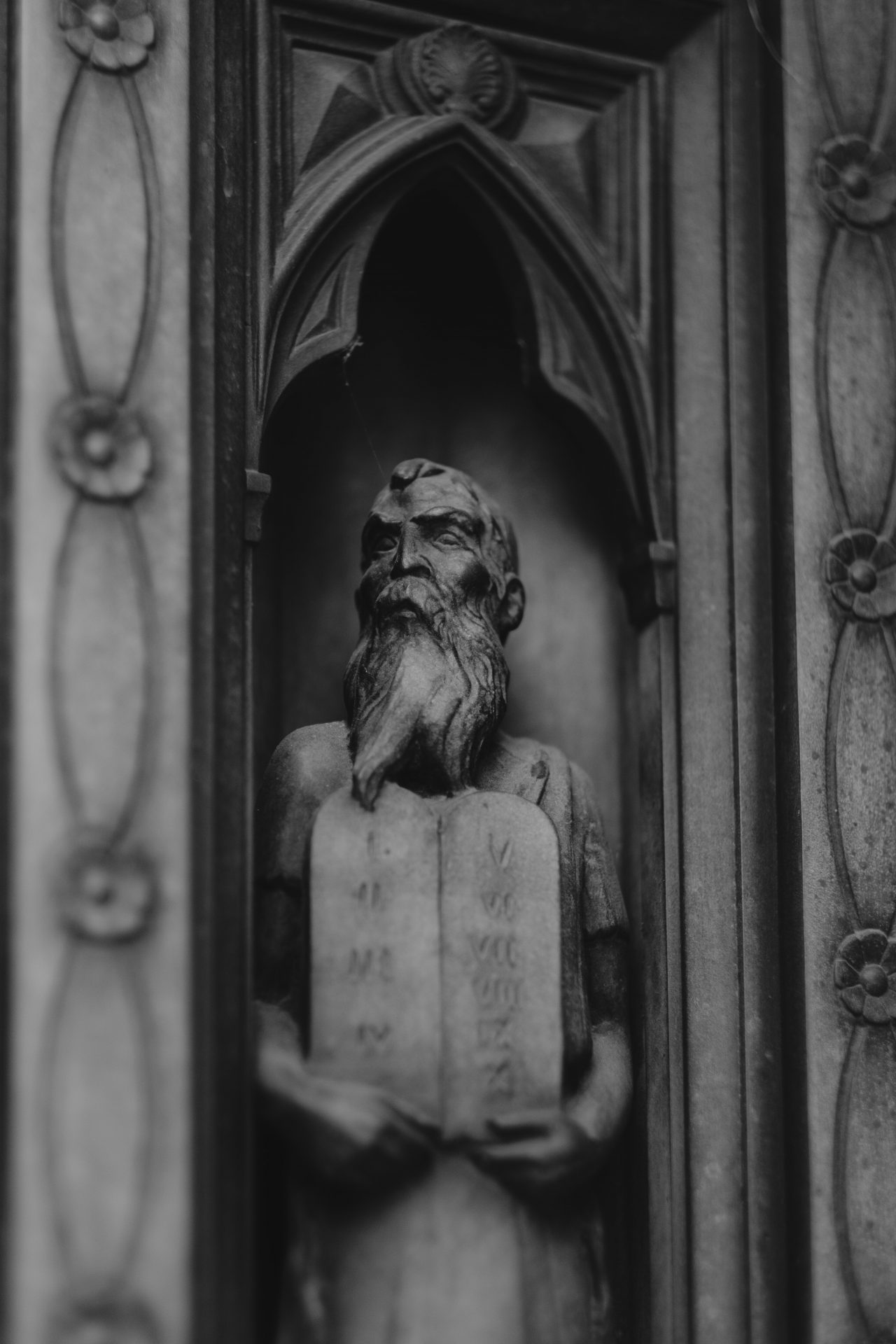 So you’ve heard of the 10 commandments, right? Most of us have if we spent much of any time in Church or know much of anything about either Christianity or Judaism.

What you might not know though, is that we might mean slightly different things by “the 10 commandments” depending on who we are talking to.

In a nutshell, Jewish (most Jewish groups), Eastern Orthodox/Anglican/Protestants (most protestant groups), and Roman Catholic/Lutheran churches all have a slightly different numbering of the 10 commandments. In other words, they all agree there are 10 commandments. They just disagree about how to number said 1o commandments.

*this chart is adapted from The New Oxford Annotated Study Bible 5th edition and The Jewish Study Bible 2nd edition.

The distinction comes in what we mean by commandment. Jewish tradition calls this list of 10 the “decalogue” which means “10 words” or “10 sayings” or even “10 matters.” This comes from scripture itself in Exodus 34:28 (see also Deut. 4:13; 10:4). Technically, based on the form of the Hebrew grammar, the 10 commandments are not “laws.” Notice there are no “punishments” for failing to live up to these “sayings.” You would expect a punishment to be articulated for a law. Rather this is a summary of the moral standard of Israelite society. This is the way things are and are supposed to be. Hence, in this understanding, God’s self-identification could indeed be counted as the first of the “sayings,” though it would not make much sense as a “commandment.”

Similarly, the distinction between coveting someone’s house versus coveting the belongings of someone’s house is an interesting distinction made by Catholics and Lutherans. This is based on the repetition of the word “covet” in Exodus 20:17 (see also Deut. 5:21). This is perhaps also based on the idea that “house” is not here referring to the physical dwelling place of an individual or family, but of the reputation and societal position of someone (See Prov. 9:1). Thus the prohibition may be against coveting another’s social position separate from coveting another’s physical possessions.

Since these 10 “commandments” or 10 “sayings” are not explicitly numbered in scripture and others have counted them in different ways maybe we could proactively say we have “12 commandments!”