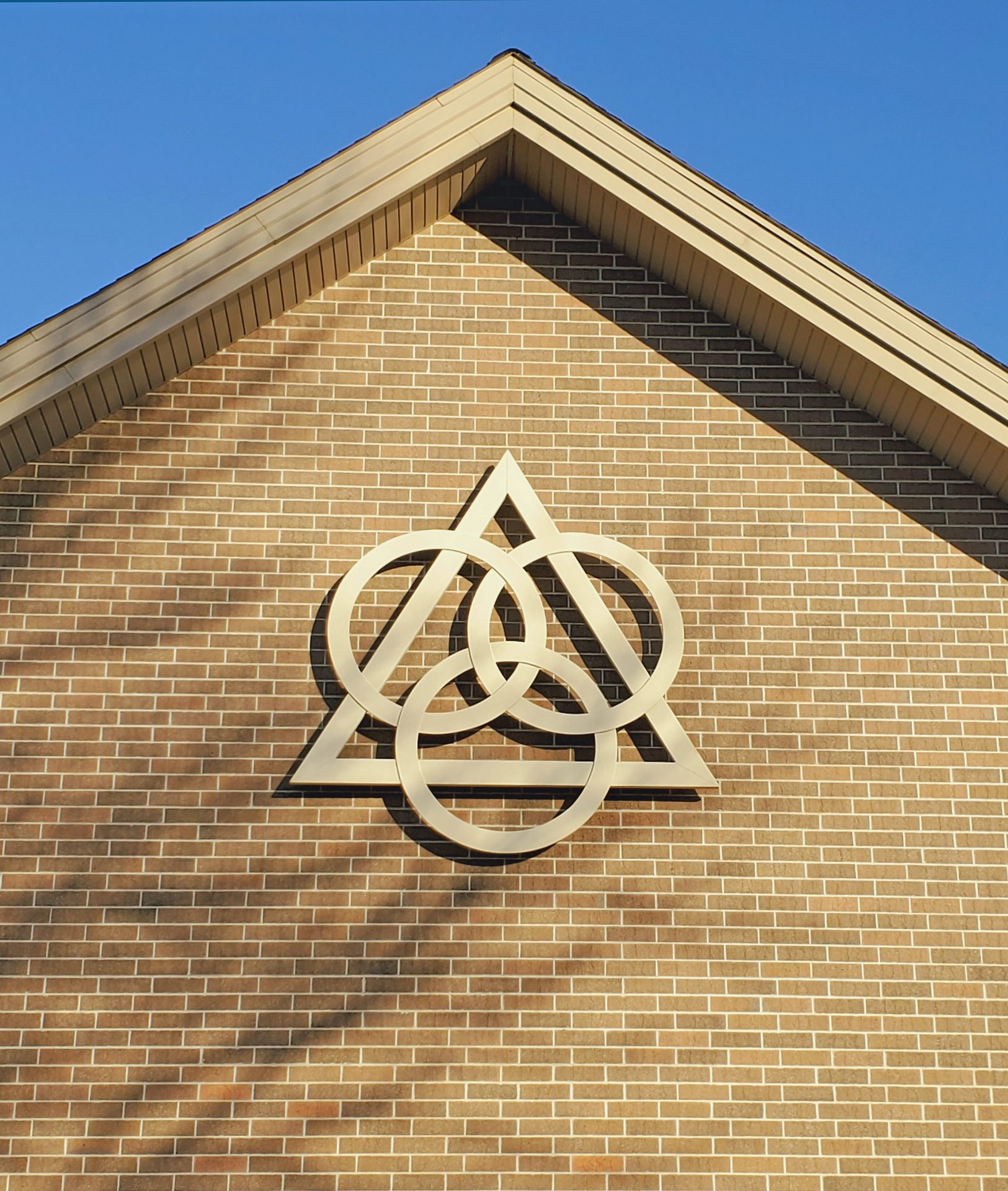 The earliest Christians wrestled with their articulation of the Trinity. The monotheism that the early followers of Jesus inherited from Judaism prohibited them from concluding that Jesus was one god among many. At the same time, they affirmed the divinity and lordship of Jesus. The complexities that developed in the centuries following the life of Christ would not have been orchestrated by those trying to make their religion more palatable to the masses. The doctrine of the Trinity is difficult to grasp. Probably the most difficult doctrine in all of Christian theology to understand and yet it is the most important of Christian doctrines.

The word “trinity” does not appear in scripture. Nevertheless, what the early church did in articulating the doctrine of the Trinity, especially in the creeds that were soon produced, was to pronounce and claim the trajectory that was already set by the writings of scripture. In fact, the doctrine of the trinity took shape primarily in response to the heresies which it sought to combat by clearly articulating what the Trinity was so as to rule out those things it was not. Before turning to the discussion of the heresies which the Doctrine of the Trinity sought to avoid, a discussion of the theological situation of the first christians is in order. 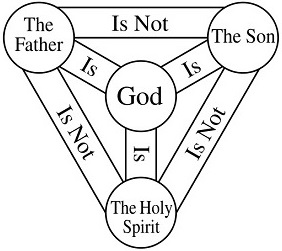 The Theological Situation of the First Christians

The theological situation of the first christians was one of tension. There were three strands of belief that the early christians sought to hold simultaneously: the heritage of monotheism, the divinity of Jesus, and the presence of the Spirit.

The earliest Christians were Jewish Christians. Jesus was the Jewish Messiah. Naturally and organically the first Christians accepted and perpetuated the monotheism of their Israelite forebearers (Deut. 6:4-5; 32:36-39; 2 Sam. 7:22; Isa. 45:18). Though these early followers worshiped the one God, they also knew Jesus was the revelation of God. Despite what some may claim, the devotion and worship of Jesus is very early and belief in his LORDship was a key belief of the original followers of Christ. Christ’s favorite title for himself, Son of Man, is an allusion to the highly exalted figure of Daniel 7. The gospel of Mark, widely thought to be the original gospel, has many subtle but not imperceptible hints at Christ’s divinity (Mark 7:45-52; 10:17-31). Matthew describes Jesus being worshiped after his resurrection (Matt. 28:17). Luke plays subtly on the Septuagint’s use of kurios to translate the tetragrammaton in the early chapters of his work. And this brings an important point to the fore. Jesus’s lordship is a claim for Jesus’s divinity. English bibles follow Jewish tradition by circumventing the divine name in the Old Testament by translating Yahweh as LORD. The Septuagint also did this by translating the divine name with the word for “Lord.” The new testament authors, doubtless, had multiple things in mind when they confessed Jesus was lord, but one of those things was that Jesus is LORD (John 1:1; 20:28; Rom. 9:5; Titus 2:13).

Further complicating the theological trajectory set by the earliest Christians was the risen Lord’s promise to send the Holy Spirit (Acts 1:1-11). The Spirit is described in scripture as a person who can be grieved (Eph. 4:30) and has the agency to send disciples to certain places on mission (Acts 16:6). The Spirit is also referred to using masculine pronouns even though technically the word is neuter in Greek (1 Cor. 2:10; 12:11; Rom. 8:26-27). By lying to the Holy Spirit in Acts 5, Peter claims that Ananias and Sapphira had lied to God (Acts 5:3, 4). The Spirit is also directly called Lord which is probably also a reference to the tetragrammaton via the Septuagint as it was with Jesus (2 Cor. 3:17).

Holding all three of these positions together, the early christians could not help but to ascribe equality to the Son and the Spirit alongside the Father. Hence the trinitarian formulas found throughout the New Testament (Matt. 3:16-17; 28:19; John 14:16-17; 2 Cor. 13:14; et al). It is from these early and non-negotiable conclusions that the early Christians articulated orthodoxy.

There are three main heretical alternatives that the doctrine of the Trinity seeks to avoid. First, the doctrine of the trinity denounces tritheism. Though the early Christians worshiped Jesus and the Spirit alongside the Father, they still held belief in one God. Belief in tritheism requires holding the diversity and equality of the three members of the Trinity without holding their unity. 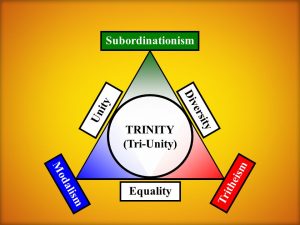 Second, the doctrine of the Trinity prohibits modalism. Modalism proposes that there is one God who appears in different modes or forms for the right occasion. For one occasion he may show himself as a Father. On another occasion he may present himself as the Spirit. Modalism requires holding the equality and unity of the members of the Trinity without appreciating their real diversity.

Third, the doctrine of the Trinity prohibits Arianism. Arianism denies the divinity of Christ. It holds that Jesus (and the Spirit) have some sort of unity with the Father that is special in nature. It also holds the Father, Son, and Spirit as three separate persons. Arianism fails to hold the equality of the three members of the Trinity.

Orthodoxy, then, is conceived of as holding in tension the equality, diversity, and unity of the Father, Son, and Holy Spirit. The traditional articulation of this in english is “one substance and three persons.” The Trinity is said to exist in perichoresis, that is, mutual interpenetration and relation between each member of the Trinity. In the Nicene creed, in response to Arianism in particular, it is stated that Jesus is homoousios with the Father. That is, of the same substance. The Spirit is also said to be “co-worshiped and co-glorified with Father and Son.”

There is no doctrine more central and more centering to the Christian faith than the doctrine of the Trinity. This is a basic Christian understanding of God. The proper name of God as revealed in the new covenant is “Father, Son, and Holy Spirit” (Matt. 28:19). The Trinity is not only important because of its centrality, but also because of its potentiality to change the nature of Christian discipleship. The Trinity is a basis for Christian unity. It reminds us of the importance of community and relationship. Our model for mission is intrinsically trinitarian (John 20:19-23). Our ethics and morality flow directly from the nature and work of the Trinity.